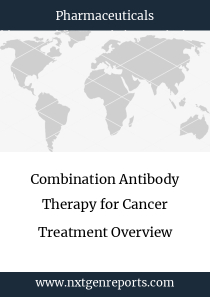 Recombinant antibodies have been the shining jewel in the firmament of the pharma industry for almost the last two decades. They have returned billions of dollars in sales, and if their performance has not been the unalloyed triumph that was foreseen at their inception, they have, at least in some instances, produced impressive gains in patient response. They are today one of the most fundamental strategies for treating patients with hematological malignancies and solid tumors. This report explores the next level of therapy, combining antibodies with additional agents.

The report consists of eight chapters which address different aspect of the issue of combined antibody therapy, past, present and future. The first chapter provides an introduction and a review of currently approved antibody-based drugs. We weight their clinical efficacy against various side effects and consider their promise for combination therapeutic regimes.

Chapter 2 considers targeted antibody therapeutics. The great promise of antibody-based drugs from the onset has been that they could serve as transport vehicles for moving highly toxic compounds through the circulation, and presenting them to a tumor without affecting the surrounding normal tissues.[i] Antibodies lend themselves as tools to the sequestering of therapeutic agents at the tumor site by conjugation to tumor-specific antibodies. This chapter will cover preclinical and clinical studies for antibody–drug conjugates and fusion proteins, taking into consideration targeted antibodies in combination with other antibodies or with chemotherapeutic agents.

The third chapter deals with the development of combination chemotherapy and immuno-antibody therapeutics. Cytokines and other immune signaling molecules have an extensive history in the treatment of malignancy, but they are powerful agents which frequently produce unwanted side effects. For this reason their potential may lie in their incorporation into fusion proteins, combined with antibodies. In this configuration they can target the tumor without disrupting other normal, non-target tissues.


The fourth chapter reviews the general topic of antibody drug conjugates and antibody biologics conjugates, including therapeutic modalities based on fusion molecules and other anticancer drug combinations. The concept of connecting a cancer therapeutic molecule through a chemical linker to an antibody directed against a tumor surface antigen is not new, originating in the 1980s[ii]. In this regard Hodgkin lymphoma is being addressed in patients who have failed multiple previous lines of treatment. Brentuximab vedotin is not a new agent, but it is of interest in that it is a CD30-directed antibody-drug conjugates that specifically targets the Reed-Sternberg cell, a malignant component in HL. The anti–programmed death-1 antibodies nivolumab and pembrolizumab, have high response rates in relapsed and refractory patients with HL, and in the future will form part of a combination therapeutic approach.

Multifunctional and polytargeted antibodies are an important area of investigative combination therapy, as revealed in Chapter 5. There are dozens of different permutations of such molecules, which are engineered to react with two (or more) different antigens through multiple antibody combining regions. Such antibodies are produced, sometimes through multiple steps, in prokaryotic and eukaryotic cells. Many are entering clinical trials, and approvals should be occurring in the near future.

Chapter 6 considers intellectual property issues and how patent extensions will stand in the way of the introduction of new biosimilar products. It is anticipated that by 2020 biological products with a combined sales value of $52 billion per year will be exposed to biosimilar competition. However, these figures are only approximations, and a number of confounding factors make the estimates tentative, at best. These include the fact that there is no centralized listing of biological patents (such as the Orange Book, an FDA electronic document that lists approved drug products with therapeutic equivalence evaluations) and companies in general do not share specifics on such topics. In some cases the issue may boil down to a complex legal judgement. For example antibodies may be protected by broad platform patents which are not product specific. Moreover, company analyses are kept confidential, since it is not in the companies’ interest to divulge such information. Each product has formulation patents which are difficult to assess and will come under intense scrutiny as the time of possible expiration draws closer. According to Langer[iii] patent disputes will likely arise, following the pattern with generic small molecule drugs. This will drive legal battles over relevant IP.

In chapter 7 mergers and acquisitions are reviewed. The many discoveries in basic molecular biology during recent years have formed the basis for a number of new anti-cancer therapeutics that have paid off handsomely for the industry. Yet the phasing out of patents and the drying up of pipelines coupled with the failure of many compounds in late stage trials have driven many analysts to paint a dour picture of the coming years for the industry as a whole and for the antibody component of biotechnology in particular.

The final chapter eight deals with the broad view of the current status of combined cancer therapies and the outlook for the field in the next few years. Balancing basic and clinical research remains a complex and demanding issue. Seven decades ago, in the early days of the molecular revolution, discoveries in the field of molecular biology were believed to be the ultimate tool that would resolve treatments for intractable disease states. Despite stunning progress in our understanding of the basic laws governing living systems, applying these findings to disease therapies turned out to be extremely challenging. Medical science was in some sense an oxymoron, more art than science, in which intuitive judgments played an important role.
Combination Antibody Therapy for Cancer Treatment Overview
IPR_PMAB

Recombinant antibodies have been the shining jewels in the firmament of the pharma industry for almost the last two decades. They have returned billions of dollars in sales, and if their performance has not been the unalloyed triumph that was foreseen at their inception, they have, at least in some instances, produced impressive gains in patient response. Today they are one of the most fundamental strategies for treating patients with hematological malignancies and solid tumors. This report explores the next level of therapy, combining antibodies with additional agents.

The report consists of eight chapters that address different aspects of the issue of combined antibody therapy – past, present, and future, topics include:

You can get a FREE sample of any report. Just click the "Free Sample" link.

If you have any special requirement or looking for more discounts, Kindly contact our sales team 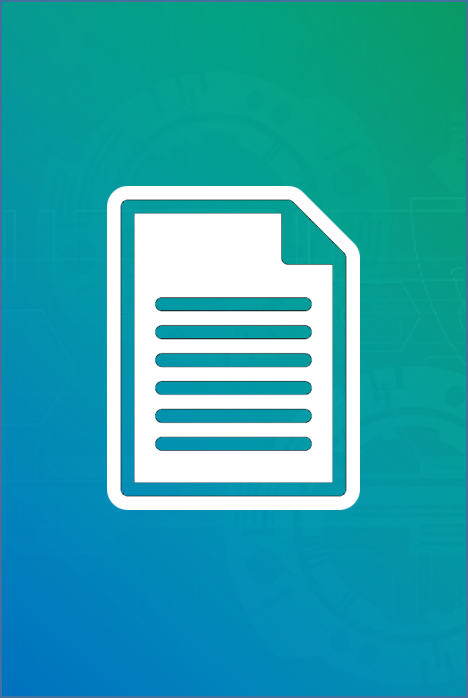 Thank you. We will send you the requested sample shortly.